The Inextricable Link Between Culture and Behavior

One thing that makes me put down a book or a submission is a world where the behavior of the inhabitant doesn’t bear any resemblance to what you can expect of people as a whole with a their cultural history. The Pearl Harbor attack affected the American psyche because it was the first attack on American soil of its kind, overwhelming, devastating, and completely unexpected. By the time the IRA bombings were winding down, the British had become if not accepting of them, but fully cognizant both physically and emotionally that all they could do was move forward with life because giving in or giving up didn’t accomplish anything.

After the second world war, Japan reset the point at which history began in their schools. Why? Because it fit in with the existing culture. Specifically the pride/shame foundation of the nation as a whole, and their warrior elan of the upper crust and military survivors as a collective and cultural tradewind for the nation. After World War Two, Japanese history was retconned to what would allow them as a culture to go on. Pride, family, saving face, shame and a need to cling to the cultural fundamentals they knew had kept the nation alive for thousands of years.

When we look at this map 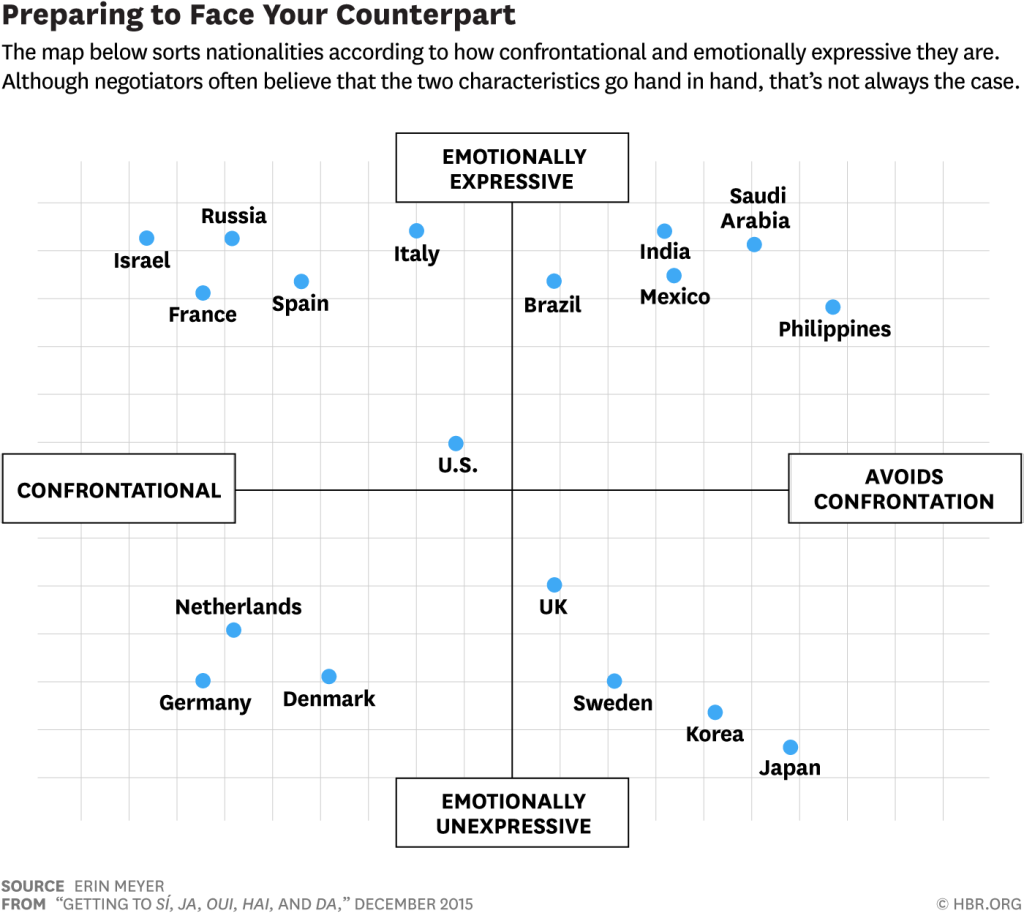 We see a very familiar form of measuring human behavior. It’s existed at least since man decided to map out the four humors. If we take what the article on Harvard Business Journal says as a guide, and look at the formative stages of a couple of nations we get some interesting perspectives.

I would adore seeing more fictional cultures have the people living in them (as a whole) fit their origin point (their nation). If we look at Barrayar, they like Philippines have had inimical neighbors, internal division, but are largely beyond that and with a long period of isolation. It’s not surprising they are not very fond of outsiders, made extraterritorial gains, and have a culture that in many ways revolves around their military industrial complex. That complex is an outgrowth of their desire for both order and security.

Not many wormhole jumps away is Beta Colony. They live in a very hostile environment, they are relatively wealthy, and the founders of the colony were selected from a group of people to be very similar and form a monoculture. They’re population was and remains highly educated and in areas designed to overcome the issues of their homeworld. Their response to unprovoked violence is to fix the issue because that’s what doctors, engineers, and social workers do. They send some to (involuntary) mental adjustment because they view that as better alternative to execution, exile or imprisonment (correctional or psychological institutions are both prisons).